The store will not work correctly in the case when cookies are disabled.
Menu
Account
Garmin
GMN GTS-800 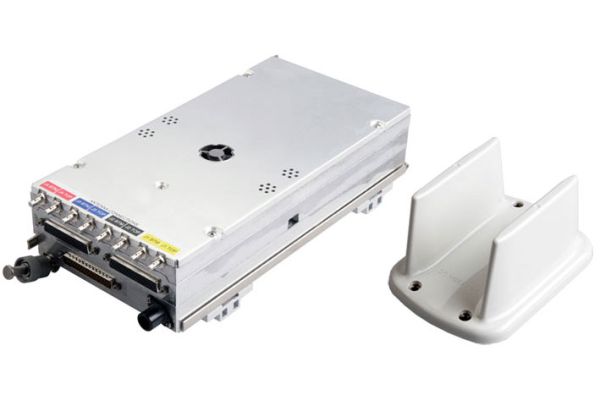 In busy, high-density airspace, pilots are challenged to “see and avoid” other aircraft that may be climbing, descending, or cruising in their vicinity. Alertness and vigilance are critical. But for added protection, nothing beats Garmin’s GTS™ family of ADS-B enhanced Traffic Advisory (TAS) and Traffic Collision Avoidance (TCAS I) Systems. Featuring exclusive Garmin CLEAR CAS™ technology, these innovative systems provide accurate, dynamic traffic surveillance – with ATC-like spoken audio alerts to help you quickly respond to potential flight path encroachments.

Life-Saving Technology at a Money-Saving Price

Feature-rich yet affordably priced, the Garmin GTS 800 system is designed to bring full TAS traffic surveillance capability well within reach of most GA pilots and their budgets. It offers power, range and performance comparable to systems costing far more. And like all Garmin GTS units, it will operate to 55,000 feet – so it’s not constrained by the much lower altitude limits imposed on some competitive traffic alerting systems.

Augmenting reports from radar-based air traffic control, the GTS 800 can combine both active and passive surveillance technologies (including 1090 MHz ADS-B “In”) when installed with a compatible “extended squitter” Mode-S transponder such as Garmin’s GTX 330 ES unit (sold separately). Using this hybrid active/passive surveillance, the GTS 800 creates a 360° zone of detection around the aircraft – enabling you to see and identify other nearby transponder-equipped aircraft in time to take prompt corrective action.

As the ADS-B NextGen system becomes available, the GTS 800 will gain enhanced surveillance features, including the ability to display flight identification, position, altitude, velocity and heading information broadcast from other NextGen-enabled transponders. Thus, instead of just seeing random targets on a display, pilots using select displays will be able to identify and track specific intruder movements using familiar TCAS-defined symbology.

It Sees More. So You Worry Less

The GTS 800 can track up to 60 traffic targets simultaneously – and depict up to 30 intruder threats at a time, depending on the display being utilized. Offering 40 watts of transmit power, a +/- 10,000-foot vertical separation maximum, and a typical active interrogation range of 12 nm in the forward direction, the GTS 800 system will interface with a variety of compatible system displays in the cockpit. So it doesn’t require added panel space for a dedicated control/display.

Instead of the generic “Traffic, traffic” voice alerts of some earlier-generation systems, the GTS 800’s exclusive CLEAR CAS technology provides for expanded audio messaging in an ATC-like verbal format: “Traffic. One o’clock. High (or Low or Same Altitude). Two miles.” If surveillance bearing information is not available on the intruder, “Traffic, No Bearing” is called out. By vocalizing more specific traffic­-spotting information, pilots know instantly where to look without going “eyes-down” to locate the intruder target on the cockpit display. Obviously, this can save vital split-seconds in a fast-converging traffic situation.

As a value-priced TAS system, the GTS 800 offers performance, utility, and installation flexibility that’s ideally scaled for most single-engine piston aircraft. In addition to the basic TAS remote transmitter/receiver/computer LRU, GTS 800 comes standard with a single top-mounted directional antenna. Bottom-mount directional or omni antennas are also available as an extra-cost option to help optimize coverage and prevent target drop out during turns and maneuvers. Contact our sales staff for full installation details.