The store will not work correctly in the case when cookies are disabled.
Menu
Account
FMS Models
FMM 022PX

Usually Ships in 2-3 Business Days
$159.99
Skip to the end of the images gallery 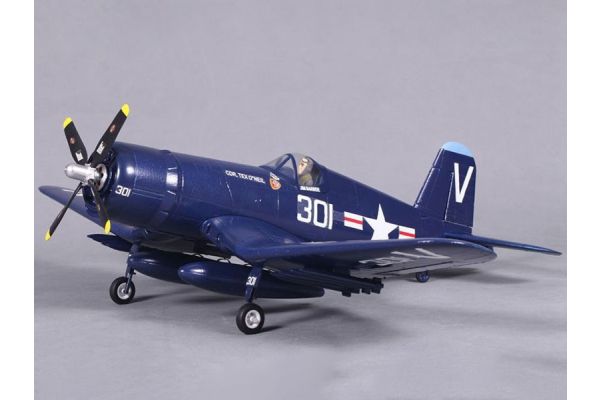 The Vought F4U Corsair was a carrier capable fighter aircraft, equipped with the largest available engine at the time, the Pratt & Whitney R2800, the engine had 18 cylinders and delivered over 2000hp . The first model of this aircraft was delivered as a prototype to the US Navy in 1940.

The FMS model of the F4U Corsair has many scale features including a beautiful 3 blade propeller and scale hub. The aircraft features a brushless motor, 20Amp ESC and 4 ready installed servos. Assembly, following the simple photo step by step assembly guide takes minutes. The EPO foam construction provides a light weight yet resilient airframe that will make your adrenaline fueled dog fights genuine fun. So what are you waiting for order today.